I am a confessed owner and lover of the K1200LT and felt the need to look at a more city friendly bike that was more a sports tourer rather than a fully fledged tourer.

At the same time I wanted to keep some of the creature comforts I have got to love and depend on with the LT.  Wanting to stay with a K series I checked out the pre 2006 GT but felt it really didn’t meet my needs.  However, having read the spec sheet on the new model was a bit closer to the mark.  For those that have not met me I am 6ft tall, a little on the heavier side and just short of fifty.  If you meet that criterion then you can relate to my needs.Day 1 - I picked up the new loan bike from Morgan and Wacker on a Saturday and over the space of two days knocked up 550 km around the western and northern outreaches of Brisbane. My first impression as I left was, wow, this machine truly has some power.  It employs the same engine and 6 speed gearbox as the current K1200R and K1200S so it’s no wonder there is a wow factor with 152 bhp - up 18% from the previous model. I then went back and picked up my stomach and quietly departed for a run up to Maleny via Mt Mee and Woodford.  The weather was looking bleak but I was determined to get 150km under my belt before Sunday.Heading up Mt Mee gave me a chance to try out the first new feature - the Electronic Suspension Adjustment (ESA).  Just next to my left-hand thumb was the ESA button.  Before I set out I held down the button and chose the single rider option from the choice of that, two up or with luggage. Regardless of your choice you can then select Comfort, Normal or Sports rides.  Your selection is momentarily displayed on the large LCD information panel. The difference is very noticeable between the sports and comfort modes.  I must say I was surprised just how big the difference was.  The sports mode allowed me to really hug the corners and when I hit a bit of rough corrugated section the comfort mode stopped my teeth from chattering and stabilized the bike a bit more.  We will no doubt see this feature on more and more models just as ABS and linked brakes have become the norm.

Other information displayed on the LCD information panel include fuel, water temperature, time, total distance travelled, Trip 1 or Trip 2, your current gear and then a choice from the on-board computer of litres/100km, average speed, km before you run out of fuel and ambient air temperature.  More than enough to keep you entertained on your trip.

About 20km before reaching Maleny the temperature dropped down to 10 degrees C.  Time to check out the heated hand grips and the heated seats.  Both have a two heat setting and even the pillion isn’t forgotten with their own independent heating control.  Just remember, there are parts of this country the get bloody cold so never think you won’t use it - you will.  Whilst mentioning the seating the rider seat has a two setting adjustment where the pillion is fixed.  Having come from the LT I found the rider seat uncomfortable after a couple of hours riding.  Maybe a wool cover would help.  My trusty pillion was quick to point out the substantially smaller seat - does my bum look big on this?  Let’s just skip that question.  The plus side is that the GT is about 100 kilos lighter than the LT.

Having warmed up with a bite to eat in Maleny it was approaching nightfall and beginning to rain.  A quick exit down to Landsborough and over to the Beewah - Caboolture road.  A very bumpy bit of dark road.  With the ESA switched to comfort and the optional Xenon headlight on I was impressed.  There was plenty of light and high beam was sensational.  You won’t need any additional lighting.  As a side issue the instrumentation is also dimmable - nice.  Then I headed down the expressway back to Brisbane.  The power of the GT was really appreciated allowing quick and controlled lane changes and the ability to move the bike decisively out of the road of the V8 race-cars that often travel this highway.  As I came into the outer suburbs the warning exclamation mark light came on telling me something needed attention.  The information panel was flashing the fuel tank symbol and the computer was showing I would have no fuel left in 75km.  Another great feature.

Day 2 - Sunday and the weather had cleared.  The sun was shinning and the birds singing so the ride was to be a short one up to Mt Glorious via Samford Village and then down into Brisbane.  However, with the bike locked into sports mode I was having so much fun up the mountain I changed my mind and once at the top I then headed down the other side to Fernvale.  The GT just ate up the corners and I went down below 5th once.  That’s impressive.  With the LT I would have been switching between 2nd and 3rd gears mostly up the mountain.

Once I had cleared the mountain I was able to try it out on the straights.  This is when I was disappointed.  The screen was fully extended and the seat in the lowest position but the wind noise at 110kph with a System 5 helmet was incredibly high and of course the faster the louder.  I found that if I dropped my head by about 3 inches then things became blissfully quiet.  Therefore the optional taller windscreen would be a must for open road riding if you were much taller than 5ft 9” by my calculations.  Fuel consumption was surprisingly good.  The combined city - open road consumption came in at 5.1 litres per 100km and with the 24 litre tank will probably get you about 450 to 500km but, as I mentioned previously, the on-board computer will let you know exactly how far before you run out.  Also in my list of complaints I found that after about 2 hours in the seat my back and backside were quite sore.  Not something you want when touring.  I had the adjustable handle bars set to full height (you have about 4 inches of play) and tried the seat in the high setting but that didn’t seem to help.  This problem will always be around whilst trying to find common ground between a sports bike and a tourer.  Possibly a good solution that will part solve the problem is to fit a wool seat cover to even out the pressure points and provide a bit of padding.  Neither of the above problems were apparent the day before due to the lower speed and distance travelled.

My last complaint, having come off the LT, is the lack of noise the horn makes.  The LT sounds like a Mac truck and certainly awakens dosing drivers.  The GT sounds like the local postie bike.

I finished the run by heading home via Esk, Kilcoy, Woodford, Caboolture and back into Brisbane.  Although a bit fatigued I was exhilarated.  If I was more sports orientated and wanted to do a bit of touring on my own then this would be the machine.

The GT is a very powerful and nimble machine that would make anyone happy to use around town and short to medium distance runs.  However, if touring two-up is your main criteria then the LT is still my first choice particularly with only $6,500 difference between the SE versions of both models.  On-road pricing for the base model GT is from $31,030 to the SE version being from $32,815.  It was the SE version supplied for the ride.  Additionally I would add in the high screen for about $100 and probably add in a top box so I have somewhere to put the hair dryer.

I would like to thank to Morgan and Wacker for their assistance and in particular Tony Ward.  The views expressed are mine and do not represent those of M&W, BMW or anyone else. 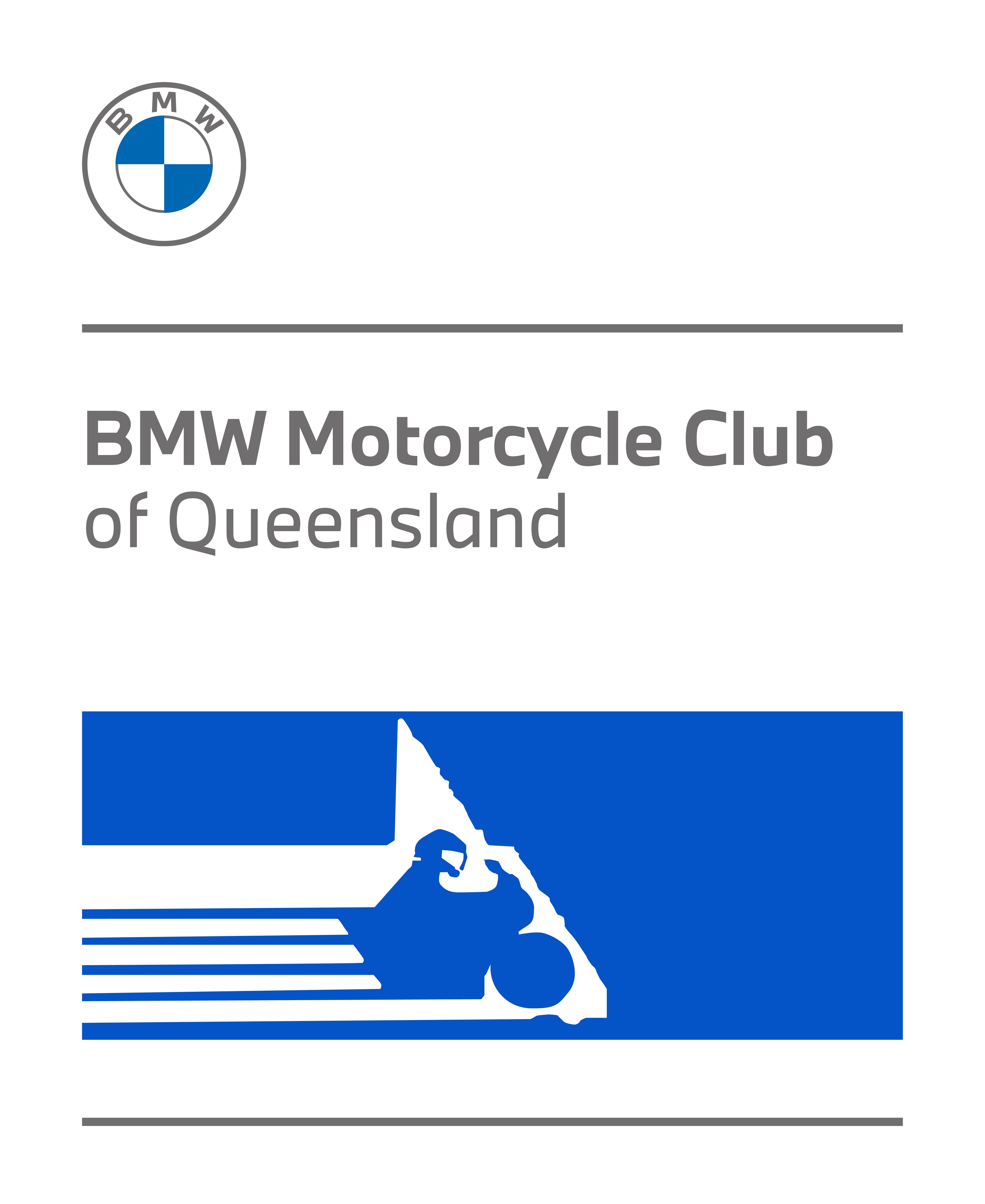